LOCKS AND KEYS OVER TIME 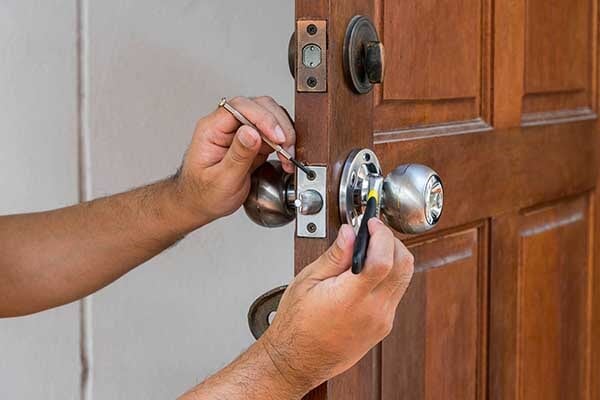 The security and access of residential and commercial property have long been one of the most important aspects of human society, with the invention of keys and lock enabling them to control and manage access to their property and belongings.

Locks and keys have changed over thousands of years they’ve been around,  also being an integral part of today’s people’s daily lives. Now, people use locks on front doors, cars, safe boxes, mailboxes, and so where they keep their valuable assets, documents, and so many important things, secured. Below, I’m going to discuss the history of locks and keys and some important facts about them.

The Ancient Era of Locks and Keys

The history of locks and keys goes back to hundreds of years, reaching the very first moments when human civilization established their region and evolved afterward when then started developing science and technologies, which enabled birth and growth of our modern way of life. The first model of lock was a wooden lock that was created using wood and other natural materials, which offered small manners of protection against theft or intrusion.

This lock was a wooden pin lock and early predecessor of the pin-tumbler lock where pins are lifted out of using a key allowing the lock to move and open. The wooden lock originated from Ancient Egypt that helped to safeguard doors and also helping eliminate the need for stationed guards at doorways.

THE DARK AND MIDDLE AGE OF LOCKSMITH

Although the Roman Empire fell within a few hundred years, the warded locks remained the standard for locksmithing for the next thousands of years. Regardless of this, this lock was easy to pick and most of the dark and middle ages featured locksmiths complicating and making this lock more difficult to open for burglars and lock picks.

Some Fun Facts About Locks in History

THE PREDECESSOR OF THE MODERN LOCK AND KEY

As the 19th century brought a wide range of developments and iteration on locks and keys, a pin tumbler lock was an adaption of the very first locks. It used a key with ridges of several heights for aligning a set of key pins correctly to allow for the barrel of lock to turn.

The mechanism of this lock was improved by Linus Yale and after that the pins of varying length within the lock along with serrated edges on a smaller flat key. Yale locks are still used today all across the world, with the fairly simple locking mechanism providing robust security while also being easy to service and change.

However, some of the mechanical locks have been made using magnetic keys; and most of the locks used today are variations on the Barron, Brahma, and Yale locks.

As you can see, there is a rich and interesting history associated with lock and keys, and a professional locksmith enjoys playing a part in that important tradition by serving reliable locksmith services. They also provide expert advice to give tips on securing residential and commercial properties.

We Come To You

We’re proud to be a leading locksmith company offering a complete range of locksmith services and security systems to auto, commercial, and residential customers throughout Tyler and East Texas.